New Zealand Customs Service (NZCS) is the government agency ensuring the security of New Zealand borders. From 1 November 2014, travellers would have to pay GST and duty if they bring in more than 50 cigarettes, down from 200, or 50 grams of cigars or tobacco products. The gift concession for tobacco had also been removed. Customs officers at the border started enforcing new duty-free limits for tobacco products. NZCS needed an awareness campaign to inform local communities and international travellers of the new duty-free allowance level.

Research showed smoking prevalence among Asians continued to increase, especially in China and India. China has the largest smoking population in the world, consuming about 40% of the world’s cigarettes. To drive awareness of the allowance changes using specific languages and tone with a positive and friendly approach, we developed and implemented an awareness campaign targeting Asian communities including Chinese, Indian, Filipino, Korean, and Japanese, both local and inbound international travellers. 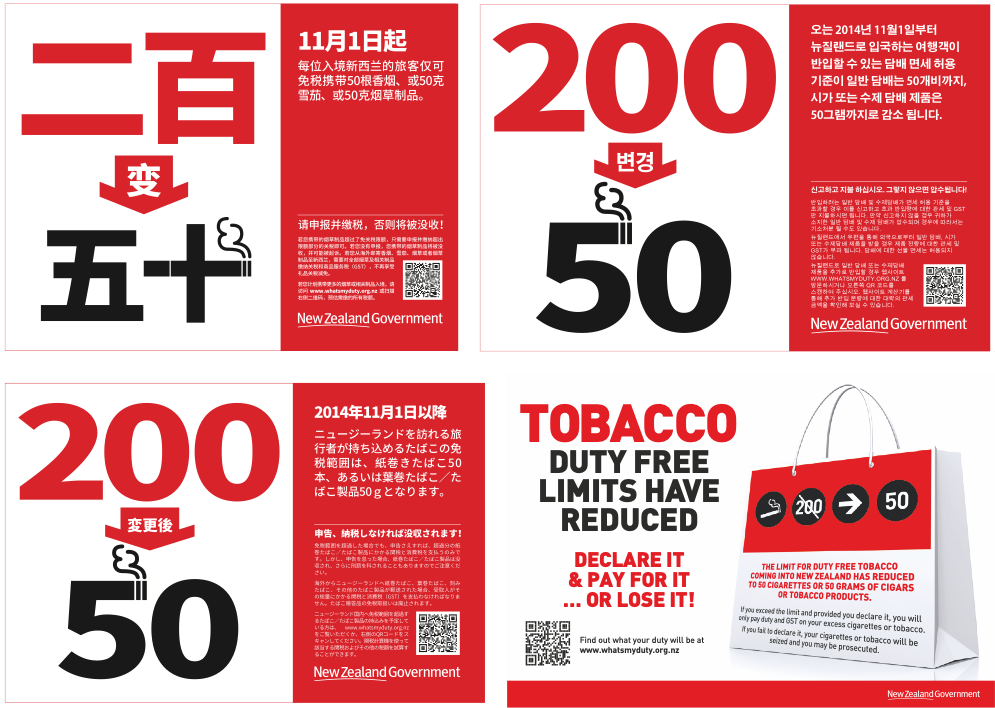 We provided a cultural transformation solution that goes beyond the traditional marketing effort plus an integrated ethnic community marketing and communication strategy, making the messages clear, direct, and easily understood by Asian audiences as well as adding a cultural dimension to each Asian community, including: