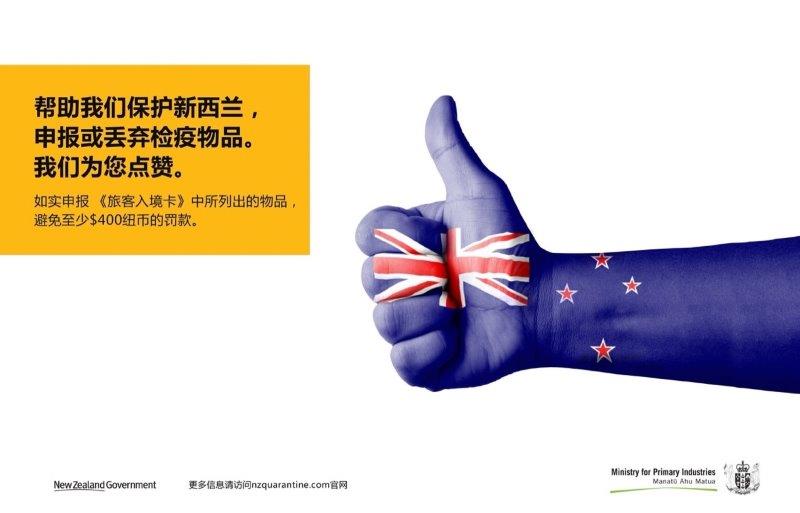 Positive encouragement and education provide better motivation to follow rules and regulations than punishing for infringements.

During the 2017/2018 Ministry for Primary Industries’ (MPI) Declare or Dispose campaign, we developed a new direction for MPI’s communications strategy targeting Asian communities. It encouraged arriving passengers from India and China to check their luggage before entering New Zealand, rather than at the airport on arrival.

The campaign resulted in strong engagement from overseas visitors before they travelled and carried through to behaviours upon arrival with MPI seeing increased compliance (regarding prohibited items seized) despite increases in passenger numbers from the previous year.

Chinese passport-holder arrivals rose by 6% in the calendar year of 2017 from the previous year, with a small increase in undeclared risk goods seized at the border. A 7% increase in visiting MPI website’s Chinese pages during the 2017/2018 campaign comparing to the numbers during the 2016 campaign.

For the calendar year of 2018, Chinese passport-holder visitors grew by a further 9%. This equates to a further 50,000 visitors from the year before. However, despite this increase in visitor numbers there was no increase for the year in the numbers of undeclared risk items at the border.

Indian passport-holder arrivals rose by 15% in 2017 and 11% in 2018. In 2018, following the introduction of a targeted campaign to Indian visitors before they travelled MPI saw an 8% decrease of passengers arriving with undeclared prohibited goods. 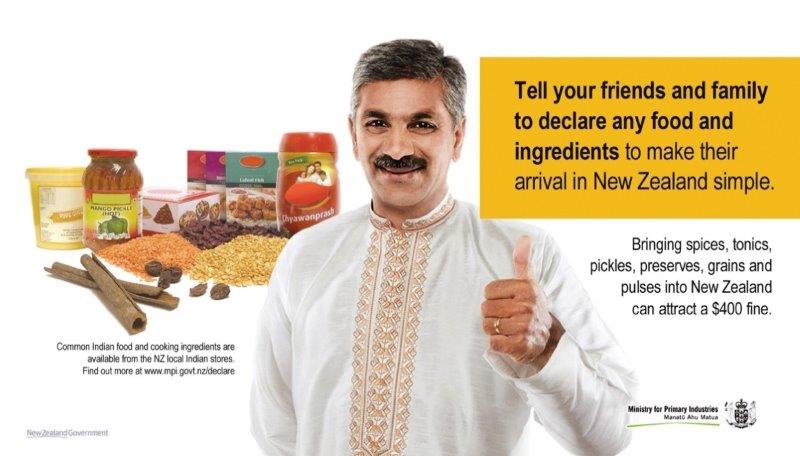